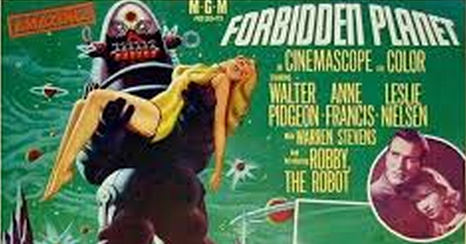 A year or two ago I had a brief affair with early film. In a marked and productive change from watching YouTube videos containing words like “fail” and “vs,” I started to look up silent films. I was amazed by Buster Keaton’s famous train scene in The General, which is not only a virtuosic performance but, with its dangerous stunts, could have been his last. As I clicked back through history, I discovered that the train was already cemented in film tradition at that early stage: one of the first pieces of footage ever shown to the public showed a train—that great Victorian symbol of the future—approaching from the distance. The first audiences screamed as the image rushed past the camera, unable to separate film from reality.

Soon, people were quite used to the apparitions projected by the likes of the Lumière brothers, depicting workers leaving a factory, and other similar scenes of which the best that can be said is that they were true to life. Cinema had already promised something better, a vicarious thrill, a way of putting the spectator in the apparent path of a train without the risk, of visiting extremes without leaving your seat.

And so, even in its inception, cinema was a departure from reality, a proving ground for the imagination akin to dreaming. George Méliès’s famous Voyage Dans La Lune imagined a spaceship landing on the moon (or rather, in his eye), while HG Wells’s visual, proto-cinematic writing explored the same issues of temporal and spatial contraction that were being ironed out in this new medium. Science fiction (SF) and film were born in the same moment, and you can’t tell the story of one without the other.

Projecting Tomorrow: Science Fiction and Popular Cinema (IB Tauris, £14.99), the new book by James Chapman and Nicholas Gill, takes pointedly against the “fashionable cult of Deleuze,” and opts for a historical reading of some of the key SF films. The authors reject “voguish trends in cultural theory,” arguing that the imagined future of each film sheds light on the anxieties of the times in which they were created. This may be a truism, but it is still a fascinating lens through which to look at 12 of the genre’s best-loved films—some global successes, others simply interesting examples of the genre. In each of the book’s essays, they look at the production history of a film with reference to the commercial successes and failures of the time, and the implications of the inevitable big studio chess moves. They tell the story of each collaboration leading up to the filming and release, and enjoy teasing out the implications of a promotional logline.

2001: A Space Odyssey marks a watershed, for the authors, as the first SF film to become a blockbuster, and to bring the genre into the mainstream. I first watched it a couple of years ago on holiday in a Welsh cottage. All I knew was that this was the film in which a computer called Hal tried to kill everyone. Neither I nor my girlfriend was prepared for what we saw. Particularly challenging was the part after Hal was shut down and the plot ended, but the film carried on. My girlfriend got up to “make tea” and didn’t return.

Reading Projecting Tomorrow, I finally know why I was so baffled by that final section. I had very much enjoyed the cat-and-mouse game with Hal, and yet I had absolutely no idea how the last section could have been allowed to exist, particularly by a director whose other films were obviously the work of a genius.

For a start, the authors point out that “there was never a definitive shooting script.” They track Stanley Kubrick’s collaboration with Arthur C Clarke closely, digging up variances between script drafts and quoting from correspondence to reconstruct their often differing opinions on how the project should progress. Kubrick was more preoccupied with “formal properties” than Clarke, who was concerned about “narrative comprehension.” Clarke had wanted a relatively clear ending where the main character, Bowman, meets aliens and brings some of their wisdom back to earth. Instead, Kubrick decided to end with a sort of weird LSD trip, landing abruptly in a floorlit Louis XVI-style apartment with an old man eating some carrots and that massive domino thing from the opening. The fatal cable from Kubrick to Clarke came in November 1967: “As more film cut together it became apparent that narration was not needed.”

The disagreements between Kubrick and Clarke are, like many other moments in the book, evidence for the authors of “the essential difference between SF literature, concerned as it [is] with ideas and philosophy, and SF cinema, in which visual spectacle is paramount.”

In changing some of the fundamental rules of the fictional world, filmmakers had to take some things for granted—you can’t be radical about everything at once—and one of the genre’s historical failings, discussed without much depth by the authors, was its presentation of women as sex objects. In SF musical caper Just Imagine, Mars looks much like a tropical hotel lobby full of scantily clad show girls who try to undress the heroes; far more pleasant than their Earth, where by their own admission they “hate these modern women.” In Forbidden Planet, the main female character Alta serves no purpose beyond providing a focus for sexual desire. At one point the Captain chides her outright for her short skirt, which is likely to provoke a sexual assault from one of his randy crew, if he doesn’t get there first (he does). Later, in Logan’s Run, the eponymous character is utterly baffled when, wearing a sleazy kimono, he materialises a woman in his flat, says “let’s have sex,” and is refused (don’t worry, she does end up having sex with him, and also getting spontaneously nude in an ice cave). After decades of SF films pandering to male fantasy, I was pleased to see the authors note the appearance of Princess Leia in 1977 with thoughts and actions all of her own, though they see her relative lack of sexualisation as being “repressed: a breach with tradition in the genre… Star Wars was scant female liberation.” I’d say it’s worth considering what came before.

The book fares much better with issues of race representation, pointing out the disconcertingly Aryan population of Logan’s Run, though omitting to mention how much the Carrousel ceremony looks like the Ku Klux Klan Winter Olympics. The authors even beat me at spot-the-minority in Just Imagine; their winning hand reveals a lone Japanese-looking man in a crowd scene. They also draw interesting parallels between the caste system of Planet of the Apes and the American Civil Rights Movement. In an early draft of the script, an underclass of baboons had been protesting with placards saying “Down With Discrimination.” Perhaps even more interesting is Charlton Heston’s chilling observation of the extras on location:

At lunch, the ape actors lunched separately, since their makeups limited them to liquid foods taken through a straw. But beyond that, they self-segregated by species: gorillas at one table, chimps at another, and orangutans at still a third.

It’s in these moments that the value and attraction of historical research outweighs theory.

The authors run through a kaleidoscope of influences on Star Wars, drawn from a huge array of different cultures. George Lucas lamented the lost mystique of the Orient, with its promises of an exotic other. He originally considered casting a Eurasian Princess Leia, an African American Han Solo, and even using an entirely Japanese cast. His debt to Japan was clear, and many other cultures went into constructing the world around them: a keen ethnographer might notice that the Jawas spoke Zulu and Swahili played in double-time. The human characters in the first film were all white, however, and “the only African-American in the piece was the voice of pure evil.” There was a so-called “black-lash” after its release, though the first person to point out the lack of ethnic mix only noticed after he’d paid to see the film four times.

Through dedicated research, Chapman and Gill chart many other themes: the relationship between the British and American film industries; the primacy of grand visuals over ideas in SF films; the rise of the SF blockbuster. In doing so, they have compiled a book that will satisfy the curiosity of the film student about the little islands of history that bore the final reels. More than that, it’s a surprisingly accessible gold mine of trivia and wry anecdotes, essential reading for the pub quiz master and a reliable reference for SF fans hoping to settle an argument.

The book gives you the plots and twists from the first page, but then almost every SF film I’ve watched has been spoiled in advance. If Planet of the Apes came up in conversation, we’d end up talking about the twist at the end: the buried Statue of Liberty. Until I was 24 I’d never watched the original Star Wars films, but of course I had heard several hundred bad Darth Vader impressions, always croaking, “Luke: I am your father,” like emphysema patients. No one ruined Robocop for me, but no one cares how Robocop ends.

So if this article has spoiled any of these films for you, I’m not sorry. For profit and for society, they aimed to start conversations. They are often more eloquent about the preoccupations of their times than any film directly accountable to the constraints of here and now. They don’t show us the future as a prediction, but as a warning: we are all making the world we will have to live in.