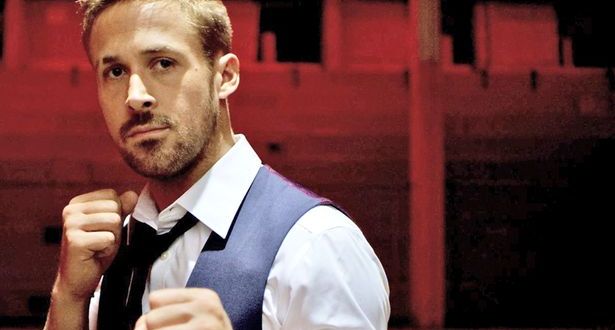 Drive is one of my favourite films, so when I saw the poster for Only God Forgives – also directed by Nicolas Winding Refn, and starring Ryan Gosling – I bought a ticket. I’m the sort of person that watches a film once and, having ‘completed’ watching it, never return, but I’ve seen Drive four times now, and own the DVD. Everything about it works perfectly, from its gorgeous pink lettering to the scorpion jacket and custom Patek Philippe watch, from the glimpses of ultraviolence to the kitsch soundtrack by Cliff Martinez. The film also escapes that feeling of death by Hollywood committee, whilst maintaining popular appeal.

Only God Forgives seemed to promise another defined aesthetic, swapping boygirl-next-door Cary Mulligan for a badass Kristin Scott Thomas and involving muay thai. (If you don’t already love muay thai, watch Chocolate.) But this follow up has none of the purpose of Drive, and none of the nuance in its performances. The whole film can be summed up in a few simple rules.

Worse than the experience of watching Only God Forgives, is how painfully this new film bares its method to the viewer. I even began to worry that, having seen how gimcrack Winding Refn’s toolbox was, I might have ruined the magic of Drive. But Drive stands up to criticisms like those above. Drive is pensive, rather than slow; stylish rather than pretentious; Drive had a professional screenwriter, where Only God Forgives had Nicolas Winding Refn. Most importantly, Drive had characters who cared deeply about one another – the dilemma at the heart of Gosling’s Driver was how to be, as the soundtrack put it, ‘a real human being, and a real hero.’ Even the villains reasoned out their decisions, whereas in this new film, there are no heroes, and too frequently there are no reasons.

So despite Only God Forgives (and despite his previous effort, Valhalla Rising), I still like Winding Refn. But rather than think of him as a visionary, I have come to think of him as a brave experimentalist who got lucky, once, with a film that happened to hide his blind spots and present his foibles as strengths. If he makes another film, I might see it. Even lightning sometimes strikes twice.